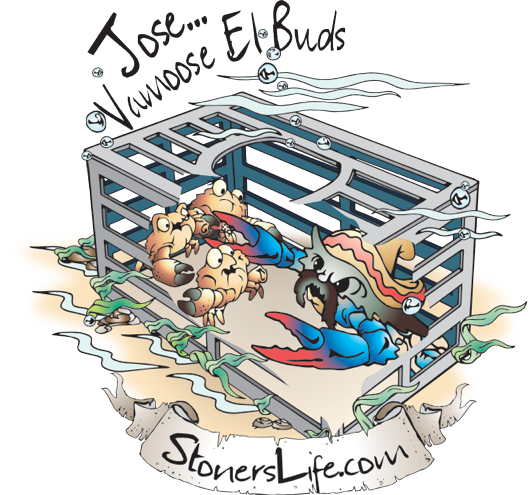 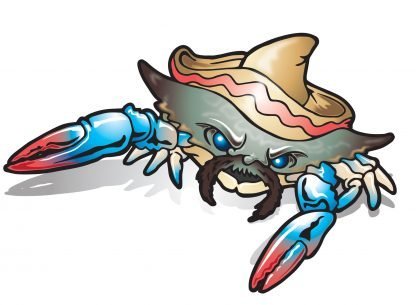 Jose has issues. He suffers from several addictions, he definitely has some tendencies toward those of a sociopath, he is volatile, easily agitated and prone to fits of rage. Jose does not want to be touched, talked to and handling him is risky, he makes the “Honey Badger” look like a kitten.

The scientific name, Callinectes sapidus. The blue crab is highly recognizable with its sapphire blue claws, they are also a very popular food source for those living in coastal communities, making them one of the most heavily harvested crabs. They are known for having sweet tender meat, making them a human delicacy. Blue crabs have a very large natural habitat, they can be found in brackish coastal lagoons, estuaries, and bays; as well as the open water off gulf and ocean shorelines.

Blue crab can be found as far north as Nova Scotia, and south through the Gulf of Mexico, recently even farther south into the waters of South America. The average life span of a blue crab is about 1 to 3 years and their size can range from 4 to 9 inches wide and weigh around 2 pounds.

Blue crab are omnivores, so they eat just about anything, plants, small animals such as snails, mussels, smaller blue crab, and even flesh of decaying animals. Blue crab are bottom dwellers, they will bury themselves in the sand and wait for passing prey. With an ill-humored disposition, if threatened they will use their pincers to defend.