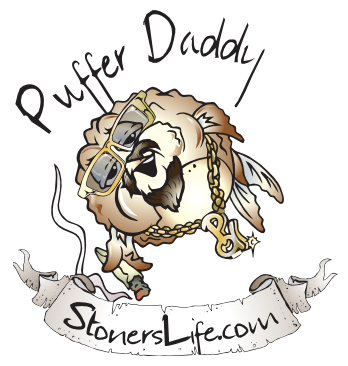 A talented rapper, Puffer Daddy brings new meaning to inhale. Don’t provoke Puffer Daddy, get him angry and he huffs and puffs and blow himself up. This Bogart action might be perceived as threatening or rude due to the sharp notes, prickly lyrics, and diving beat. Enjoy, Partake, rap along with Puffer Daddy

The scientific name, Tetraodontidae. The Pufferfish is also known as the balloon fish or blowfish, their slow and somewhat clumsy swimming style makes them vulnerable to predators. If they become threatened, the pufferfish quickly ingest huge amounts of water and sometimes air into their highly elastic stomachs to become inflated.

Once inflated the puffer fish is hard for any predator to swallow, if it should get snagged before he inflates, no worries, he is covered in sharp poisonous spikes. There are over 120 species of pufferfish, most are found in warm coastal waters, but some species can live in brackish and even fresh water.

Pufferfish are adaptable, their diet can vary depending on its environment, typically feeding on smaller fish and algae but will survive on a completely vegetarian diet. Larger pufferfish will feed on shellfish and crabs, they use beak-like front teeth to break the open some food sources.

Amazingly, the meat of some pufferfish is considered a delicacy in Japan, it is expensive and must be prepared by a trained and licensed chef. If it is not cut correctly, it can mean certain death for a customer, as one pufferfish has enough toxin to kill 30 adults and there is no known antidote.