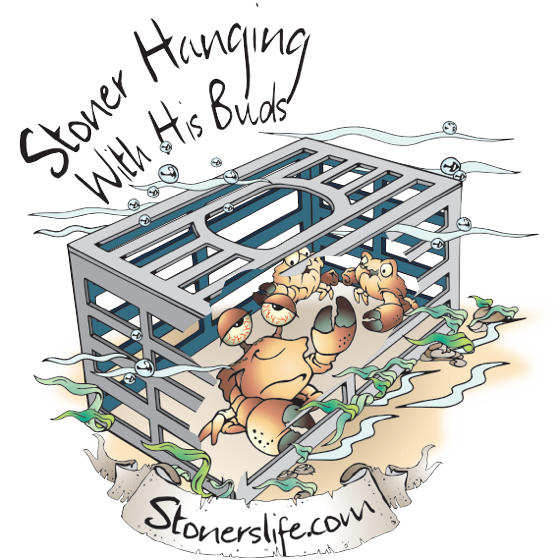 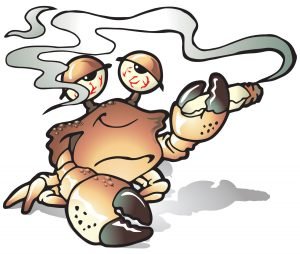 Stoner is one smokin’ dude. He’s big and strong and always looking for something to munch on.

His friends are his “Buds” and are usually found scurrying along the bottom of the trap. Always, hoping Stoner finds something or someone else to eat. If he’s got the munchies, no one is safe!

The scientific name, Menippe adina. Stone Crabs are usually found in shallow coastal waters, they like structures, such as dock pilings, and also can burrow in holes measuring about 3 feet deep. A stone crab has a life expectancy is 7 to 8 years. Females lay up to one million eggs when she spawns, and she will spawn four to six times in a season, the spawning season is Spring to Fall, which is opposite the harvest, which runs October 15th to May 15th. The eggs can be found on the underside of the body and are orange in color, it is illegal to harvest a female with eggs. Only the claws are harvested, and the live crab is returned to the water, this crab is a 100% sustainable resource, it will regenerate its claws the next time it molts, it takes about 18 months for the claw to regenerate fully. 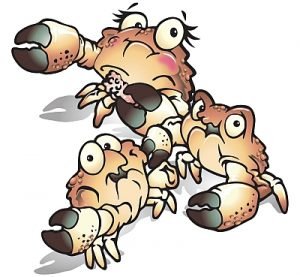 The sweet-tasting meat is considered a delicacy and is usually boiled and served in the shell, it is delicious unseasoned, with melted butter or your favorite sauce. The meat resembles lobster in appearance and flavor. Stone crab claws are cooked immediately after harvest.